The evolution of Total and Permanent Disability (TPD)

The catalyst for the establishment of compulsory superannuation trusts was to release pressure on government spending to fund retirement income. After successfully negotiating with the Australian Council of Trade Unions, the deal struck by the Keating Government was that employers had pay employees the 3% increase owing, only into super instead of as salary. The target at that time was to increase the contribution to 9.5% over the years, a threshold which we have now reached and will remain in place until June 2021 (but move to 12% from July 2025).

Almost immediately since its introduction, the superannuation system has been modified by both sides of politics, and it is no different in 2016, with both parties announcing a raft of proposed changes.

Superannuation benefits are often augmented by insurance benefits paid under a life insurance policy, held by the trustee for the benefit of the member. Today, premiums generated through group insurance held in superannuation represent more than 40% of an ever expanding market. And the types of coverage provided by the insurance products inside super can vary significantly from one provider to another even though the MySuper regulations (which took effect from 1 July 2014) sought to reign this in for employees who have not exercised choice of fund1 and caused some commentators to speculate at the time that insurance arrangements post 1 July 2014 would be quite homogenous. To illustrate the point, reference can be made to TPD coverage inside super.

Since 2013, the industry has witnessed changes to TPD product design that range in impact from fairly insignificant (and made to align to changes to MySuper legislation) to transformative, all whilst complying with the more onerous definitions of “disability superannuation benefit”2 and “permanent incapacity”3. The changes can be grouped into three themes:

The industry has seen participants spend more effort examining the magnitude of anti-selection risk the product design is introducing. Anti-selection risk occurs as a result of loop holes being exploited by those who already have some medical condition or incapacity upon commencing as an insured. Weak product fundamentals compound a worsening claims experience and lead to greater price uncertainty. To address this risk, many funds have made amendments to the eligibility criteria and strengthened the terms which apply in order for a person to obtain default cover without having to provide any medical information.

It is now not unusual for the following terms to apply to default TPD cover:

Simultaneously, the suitability of lump sum TPD benefits is being questioned by many industry participants. Supporters of the lump sum TPD model argue that it is required to ensure adequate financial protection in the event that someone is incapacitated by injury or illness from ever working again. They maintain therefore that an ‘income-based’ benefit that relies on work strategies is therefore at odds with the product’s objective and intent. This view may have some validity where TPD coverage was narrowly defined – a specified event within the gamut of trauma conditions - but in today’s market where TPD has a much broader application, an “income-style” approach is not entirely without its merits.

Currently, there is an ever expanding list of issues that are undermining the performance of TPD coverage and are causing a disconnection between the design’s objective and claims outcome. Benefit terms and conditions are being satisfied by claimants in situations where some capacity to work does exist. Amounts insured may be inappropriate for the claimant’s personal circumstances and produce a “win all or nothing” outcome, which in itself can cause more litigious actions. These factors work in unison to produce a substandard claims experience, and dissatisfaction in the process.

Statistics have proven that once a recipient receives a TPD benefit, some individuals return to part time or even full time work within a 5 year period. Of research undertaken by SunSuper, 330 TPD claimants were asked about their working status five years later of which 19% admitted that they had since found part-time work, 3% had returned to full-time work, and 14% were looking for work.⁶

At MetLife, we believe reshaping TPD cover so that it takes more of an income based approach can have multiple benefits: it encourages members to engage with us and their employer around rehabilitation and return to wellness initiatives, it can limit the unnecessary dilution of benefits by legal costs (given the smaller sums insured involved legal assistance is less likely to be sought from the beginning of the process) and most importantly ensure better member experiences by removing the “all or nothing” outcome. However, it cannot replace the need for a lump sum payment where catastrophic injuries or severe medical conditions arise.

Examples of an income style approach taken to TPD cover:

ENCOURAGING TPD CLAIMS TO BE MADE EARLIER

Section 54 of the Insurance Contracts Act 1984 (Cth) precludes an insurer to refuse a claim ‘unless the act or omission prejudices the interest of the insurer, in which case the benefit may be reduced proportionately’. Its practical application means that TPD claims submitted many years, or even decades, after the original illness or injury occurred, must be considered as the requisite level of prejudice cannot be established.4

Long delay patterns make it very difficult for insurers to adequately calculate reserves and capital needs for ‘incurred but not received’ claims. Our analysis of industry membership data has showed that some claims are not finalised, or even reported, for quite some time after they are incurred. Accordingly, provision needs to be made in the pricing for these claims.

We are seeing an increasing prevalence of late notified claims submitted by legal firms and material published by some of these firms indicates that they see this disability claim litigation as a burgeoning growth area. Indeed, it has been argued that that the proliferation of lawyer involvement in TPD litigation coincides with the public listing of law firms and the curtailing of workers’ compensation regimes.5

Late notified claims are difficult to assess and resolve. Due to the time that has elapsed, medical records or other evidence may not exist. In addition, it can be difficult to determine the person’s capacity at the time the condition first manifested itself. It is for this very reason that ASFA has long petitioned for a limitation period to be introduced on permanent incapacity claims6, an approach which was first mounted by the Financial Services Council in April 2014.

In the absence of changes to legislation impacting insurance inside superannuation, we are likely to see further consideration by super trustees as to whether to continue to allow late reported claims to be made against insurance cover held through the Fund.

WHERE IS IT HEADING?

The group insurance sector continues to witness poor claims experience, although the large losses seen in 2013 have abated. Our analysis highlights that the blowout has been caused by a multitude of factors, including changes claim notification patters, widening policy terms, growth in mental health claims, changes in the legal landscape and a lack of comprehensive, reliable data. Unless changes to product and benefit design are introduced, group life premiums are likely to continue to increase in the coming years for the majority of funds, in the face of dramatically increasing member awareness and an ageing working population.

Against such context, MetLife has established a disciplined product and pricing monitoring structure, which involves evaluation of performance of the product and investigation of whether it aligns with the pricing strategy. The performance of the product is considered against a multitude of factors including alignment with the Trustee’s insurance strategy, whether the design is increasing the moral-hazard risk, whether member behaviour is affecting product suitability and changes in case law.

MetLife presents evidence to the Trustee to proactively suggest product design changes to better suit the membership. As product changes cannot be made unilaterally, any changes in design require buy-in and cooperation from all stakeholders; trustees and reinsurers alike.

To illustrate the point, reference can be made to the changes MetLife has been promoting in respect of its TPD design, where in general, we promote a position that:

We have also developed an analytics-based dashboard which enables us to regularly analyse membership demographics visually and overlay claims data with the membership data – something that was previously very difficult to do, given the number of stakeholders involved in managing the data.

This tool helps us to identify claim trends in a particular category (such as at the employer level), and build a tailored continuous improvement program to address any concerns as they happen, for example, during the premium guarantee period rather than after its expiry.

Over the short to medium term, we expect to see:

1. On 1 March 2013, amendments to the SIS Regulations were made so that APRA regulated superannuation funds were precluded from providing members with insured benefits other than those that satisfy the conditions of release under Schedule 1 of the SIS Regulations.

4. Case law has established that ‘prejudice’ means actual financial damage that has been sustained as a result of the act or omission - see Moltoni Corporation v QBE Insurance [2001] HCA 73. The difficulty arises because it the prejudice cannot often be quantified.

5. Lee, S, Kanhai R., and Poon A., ‘Super, Life and General meet at the Crossroads’, presented Presented to the Actuaries Institute Actuaries Summit  May 2015, at http://www.actuaries.asn.au/Library/Events/SUM/2015/4cLeeEtAlSuperPaper.pdf

6. The Association of Superannuation Funds of Australia Limited (ASFA), ‘The future of Australia’s super: a new framework for a better system’, Nov 2014, recommendation 23. 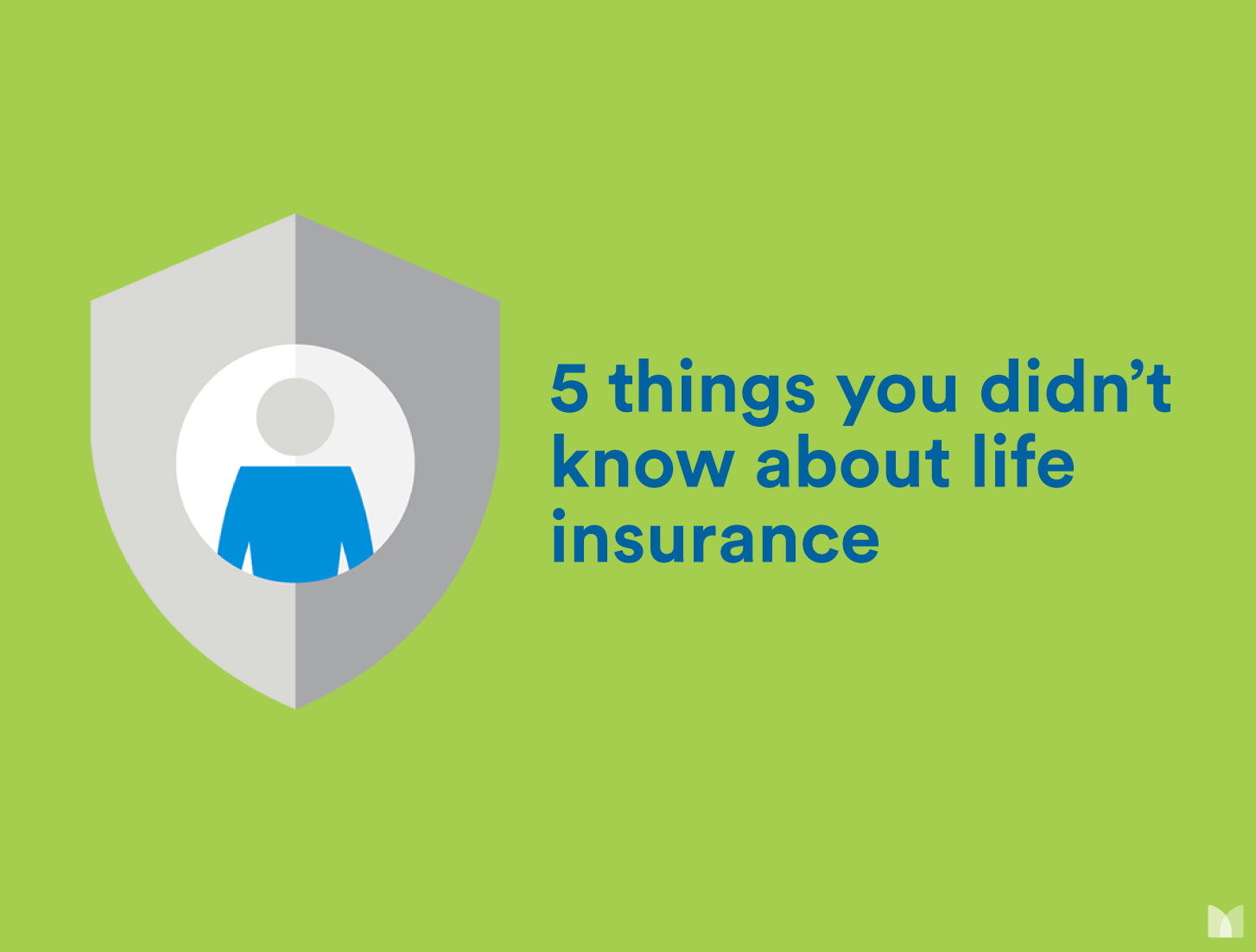 5 Things You Should Know About Life Insurance 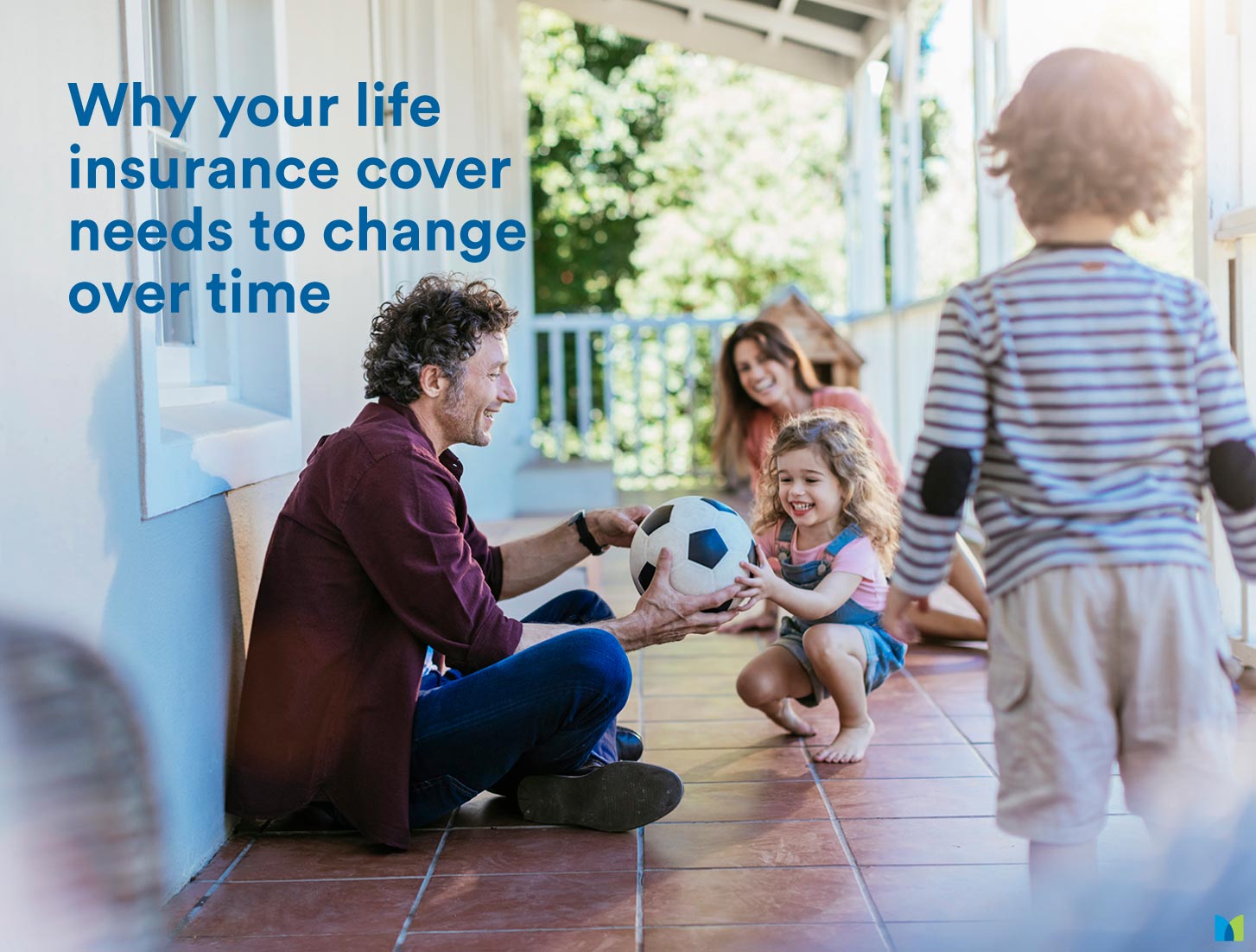 Why Life Insurance Cover Needs to Change as You Grow 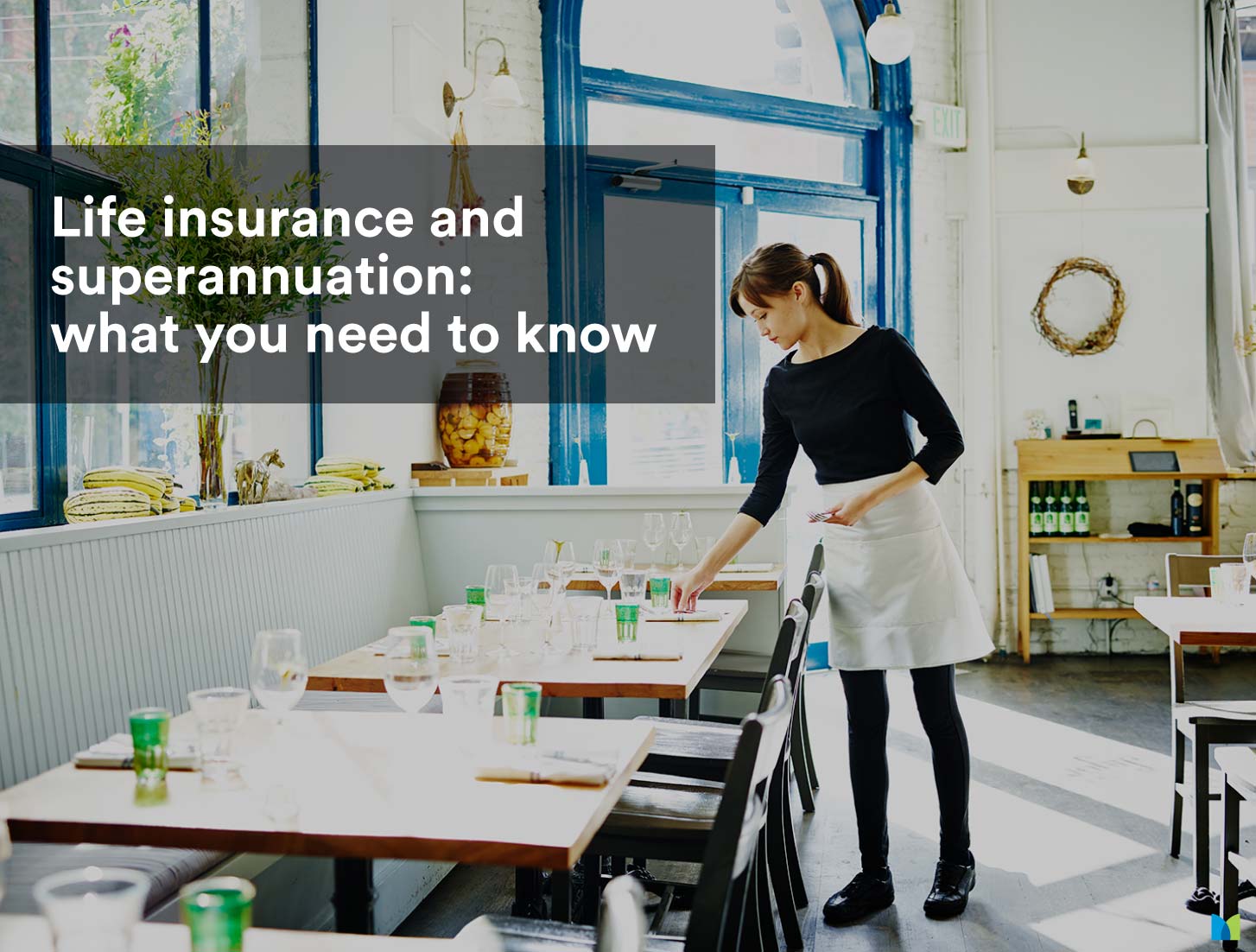 How the life insurance industry is strengthening our communities